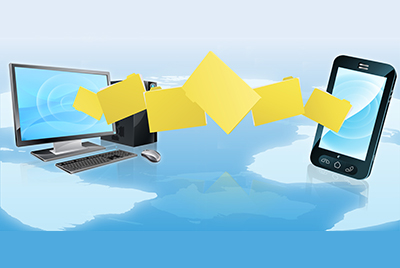 Cybersecurity remains a significant concern despite the progress companies worldwide have made in the past two to three years building up corporate shields against breaches, EY research suggests.

A majority (87 percent) of more than 1,700 C-suite, information security, and IT executives EY polled worldwide said they lacked confidence in their company’s level of cybersecurity.

They are most worried about poor user behavior around mobile devices such as laptops, smartphones, and tablets (73 percent), unauthorized access (54 percent), and the inability to identify suspicious traffic over networks that connect an increasing number of devices (49 percent).

“Boards and C-suites are becoming more informed,” said Marco Bodellini, CPA/CITP, CGMA, an internal auditor and consultant in New Orleans. “They’re realizing that you have hackers and hacker nations out there that are becoming very advanced and looking at this as a business model to make money.

“[Boards and C-suites] are also realizing that spending money on cybersecurity – buying a whole bunch of software and hardware, hiring an expert or two – doesn’t mean you don’t have to worry about it.”

Cybersecurity is better incorporated into corporate risk management in the US than in Europe, but executives in Europe are also waking up to the threat of cyberattacks, said Alex Lattner, ACMA, CGMA, head of finance at the Deutsche Cyber Sicherheitsorganisation (DSCO). Four large German multinational companies, Volkswagen, Bayer, Allianz, and BASF, founded DCSO in 2015 to work with government agencies and improve cybersecurity in German industry.

Risks persist despite the cybersecurity arms race, the EY survey found. Effective services and tools that companies can use to resist cyberattacks exist and cybersecurity budgets are increasing, but more than half (57 percent) of the participants in the EY survey reported recent, significant cybersecurity incidents.

More training and awareness are needed to prevent employees from clicking on links that download malware. And password policies are frequently too lax or not followed.

Sixty-one per cent of respondents in the EY survey considered budget constraints an obstacle to better cybersecurity. But more money doesn’t necessarily translate into more security.

To balance budget constraints with security demands, companies should focus on identifying and classifying their data based on their level of importance to determine the level of protection needed. Additionally, not only should companies perform regular maintenance, such as timely vendor patch updates, but also risk assessments to determine vulnerabilities. Companies should ensure contemplated software and hardware purchases are aligned with the organization’s IT governance policies and enterprise architecture requirements.

Also, hiring skilled IT people may improve cybersecurity, but 56 percent of respondents to the EY survey said lack of skilled resources is the second biggest challenge for corporate cybersecurity operations behind budget constraints.

Best Practices to Prepare for, Manage, and Recover from a Cyberattack

Companies have made significant progress in taking measures to resist cyberattacks, according to EY. They have not spent as much time, effort, and money on preparing for and recovering from an attack. Especially the involvement of the board and C-level executives in both areas has been low.

To improve cybersecurity, Bodellini suggested some best practices to prepare, manage and recover from a cyberattack.

This article first appeared in CGMA Magazine. For more articles, sign up for the weekly email update from CGMA Magazine at https://bit.ly/2svn2AY.